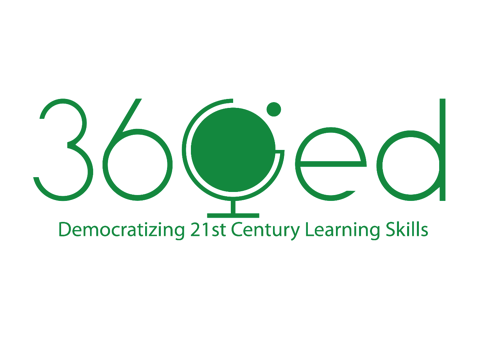 360ed, a Myanmar-based edtech social enterprise startup with a focus on virtual reality (VR) and augmented reality (AR) technologies, was selected by Nikkei Asian Review as the winner of its distinguished Nikkei Asian Review Award for Excellence for the year 2020. Nikkei Asian Review is the English-language business publication of Nikkei Inc., a Japanese holding company that also owns and publishes the Financial Times, among a host of other leading newspapers and publications. 360ed utilizes AR-enabled flashcards to complement its learning apps to provide a holistic and innovative educational experience for its users and students. Its augmented reality app won the edutech startup for Nikkei products award for excellence.

Augmented reality is an emerging technology that functions by superimposing computer-generated visual perceptual information such as text and images onto physical objects, which can then be interacted and viewed through associated devices and applications. The edtech startup’s augmented reality-based approach to learning through AR flashcards and learning apps in one of Southeast Asia’s poorest countries is a solid demonstration of what an enterprising spirit can accomplish. The app offers an interactive, narrated experience that helps students to better understand the subject matter at hand, and colourful 4D models enabled by AR technology helps to distillate complicated and difficult concepts into easily understood chunks of information that even young minds can readily digest. Currently, the app offers interactive learning experiences in the scientific fields of biology, chemistry, and physics, as well as the English language and more besides.

Hla Hla Win, who is the chief executive officer and co-founder of 360ed, says that education in Myanmar has traditionally been a very conservative and rigid institution, with a heavy emphasis on rote learning and memorization that may not necessarily be conducive to the development of critical thinking and analytic skills. Additionally, the country’s educational system and infrastructure lack the proper resources to implement an effective science curriculum for its students, so they are left without models or scientific installations for practical study applications. In order to address these challenges, Hla Hla Win decided to leverage on the computational functionalities and convenience afforded by smartphones, which are also increasingly gaining traction among Myanmar’s rapidly emerging middle class ever since the country abandoned military rule nearly a decade ago.

Hla Hla Win, along with her two co-founders Laurent Boinot and Perttu Pölönen, came up with the idea for 360ed in 2016 at the NASA Research Park in Silicon Valley after she was inspired by the developments in VR and AR technologies while participating in the Global Solutions Program at Singularity University there. The startup began selling its app packages in 2018, starting with just biology, chemistry and English subjects for high school students. Eventually, the startup expanded its educational coverage to also include chemical elements and physics along with several other important subjects. The edtech startup’s AR and VR-enhanced products have proven to be a hit among the country’s students and parents, as it has managed to sell more than two hundred thousand of its app packages to date. Not content to only serve the educational needs of Myanmar, 360ed has since expanded its operations to also include the neighbouring Southeast Asian countries of Vietnam and Indonesia, and has even begun considering entering into the new markets of Africa and Japan.

360ed, the AR and VR-powered edtech startup, has demonstrated to the world the ingenuity and resourcefulness of Myanmar’s startups by winning the Nikkei Asian Review Award for Excellence. Even though the country is still among one of the poorest in the region, the enterprising and bold spirit displayed by 360ed has shown the world a glimpse of what Myanmar can potentially accomplish in the years to come.