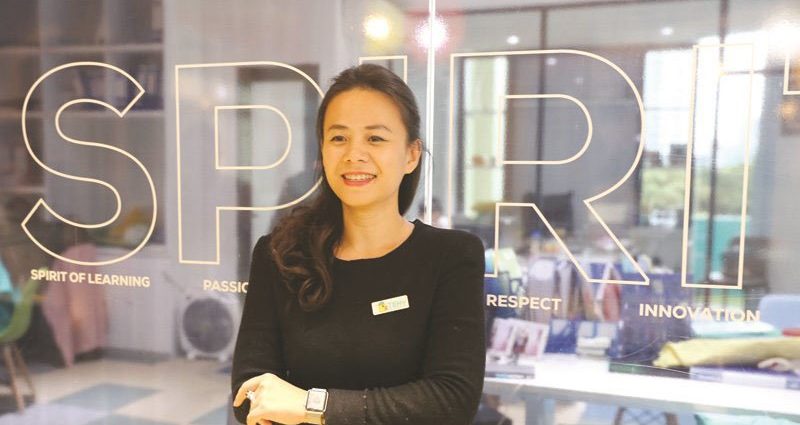 Teky, a Vietnam-based edtech startup that is the country’s first to implement the STEAM (Science – Technology – Engineering – Art – Mathematics) curriculum for children aged four to eighteen years old, is striving to raise a generation of youths that are well-equipped with the necessary digital skills and technical prowess to lead the country towards the fourth industrial revolution era. Towards this end, the edutech startup’s teaching subjects encompass subjects such as 3D technology, robotics engineering, application development, programming and multimedia, which are all essential ingredients in creating well-rounded technopreneurs ready to tackle the challenges of the forthcoming new industrial era. To go along with these comprehensive STEAM skillsets, the edtech startup also ensures that Vietnamese youth are taught the 4Cs – critical thinking, communication, creativity and collaborative teamwork – to complement their educational development.

Teky was founded in 2016 and led by Dao Lan Huong, its executive chairwoman and founder, who has a prestigious reputation as a founding member of Nexttech Group, a pioneering force in the emerging fields of electronic payment, e-commerce and technology. Dao Lan Huong continues the trend of emerging regional enterprising startups that are founded and led by women, displaying the strength and capability of Southeast Asia’s female founders to lead and innovate in the increasingly digitally and tech-driven regional markets and economies. Through Dao Lan Huong’s capable stewardship, Teky has garnered widespread recognition and acclaim for its tireless contributions and efforts to Vietnam’s educational space. It was recognized by the Australian government in 2017 as one of ten social impact programs in the Southeast Asia region, which led to Dao Lan Huong’s selection as a participant in the Australia-ASEAN Emerging Leaders Program, which was sponsored by the government of Australia. Teky also achieved recognition as one of the top projects at the Women NextGen Entrepreneur Event that was held in Switzerland in June, 2017. Within the ASEAN region itself, Dao Lan Huong secured the “Entrepreneurship and Innovation Excellence” award at the ASEAN Business Awards 2019.

Teky began operations in 2017 with just two technology centers in the major Vietnamese cities of Ho Chi Minh City and Hanoi. Amid the enthusiastic response from parents, the enterprising startup also launched the country’s first semi-boarding technology summer camp. By 2019 the startup had expanded its operations to more than fifteen institutions nationwide, as well as bringing its extracurricular clubs to more than thirty international schools across the country. It also maintained its highly successful technology summer camp programs by running its second and third iterations. The startup is constantly growing and adapting its curriculum to meet the latest demands and challenges set forth by the fourth industrial revolution, and it has recently partnered up with some of the world’s leading technology organizations to further expand its educational offerings.

Most recently, Teky was recognized as the Best Newcomer at the ASEAN Rice Bowl Startup Awards that was held at Kuala Lumpur, Malaysia in January 2020. This is not the first award that the edtech startup has won at the prestigious event, having previously won both the Best Life Helper and People’s Choice awards at the ASEAN Rice Bowl Startup Awards Vietnam at the national level in 2018.